The Gang's All Here

What a gang of song hits!

Playboy Andy Mason, on leave from the army, romances showgirl Edie Allen overnight to such effect that she's starry-eyed when he leaves next morning for active duty in the Pacific. Only trouble is, he gave her the assumed name of Casey. Andy's eventual return with a medal is celebrated by his rich father with a benefit show featuring Eadie's show troupe, at which she's sure to learn his true identity...and meet Vivian, his 'family-arrangement' fiancée. Mostly song and dance. 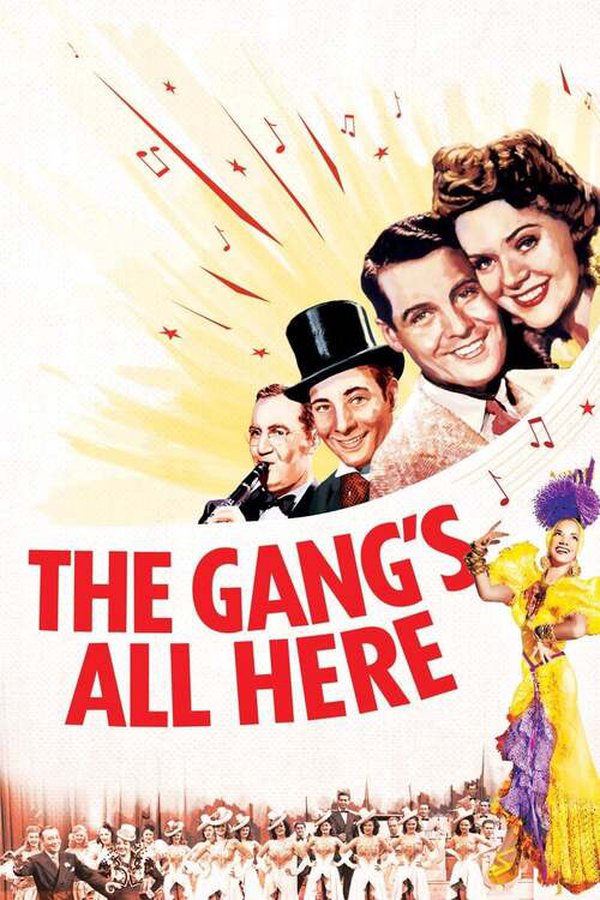