Between 1975 and 1983 a new kind of film could be seen in French cinema : home-grown gay pornography. The films were shot in 16mm and most of them were passed and given certificates by the CNC (National Cinema Centre). They were screened in a small number of Parisian cinemas dedicated to gay pornographic films : Le Dragon, La Marotte and Le Hollywood Boulevard as well as several in the provinces. They were essentially the work of three production companies : Les Films de La Troïka (Norbert Terry), AMT Productions (Anne-Marie Tensi) and Les Films du Vertbois (principally Jacques Scandelari). The genre met an untimely end with the advent of video, the last being made in 1983 "Mon ami, mon amour (My friend, my lover)". Since then, gay pornography has not been screened in French cinemas. This film is the result of five years of painstaking research and investigation. It features extensive interviews with the directors and actors illustrated by numerous extracts from their films. 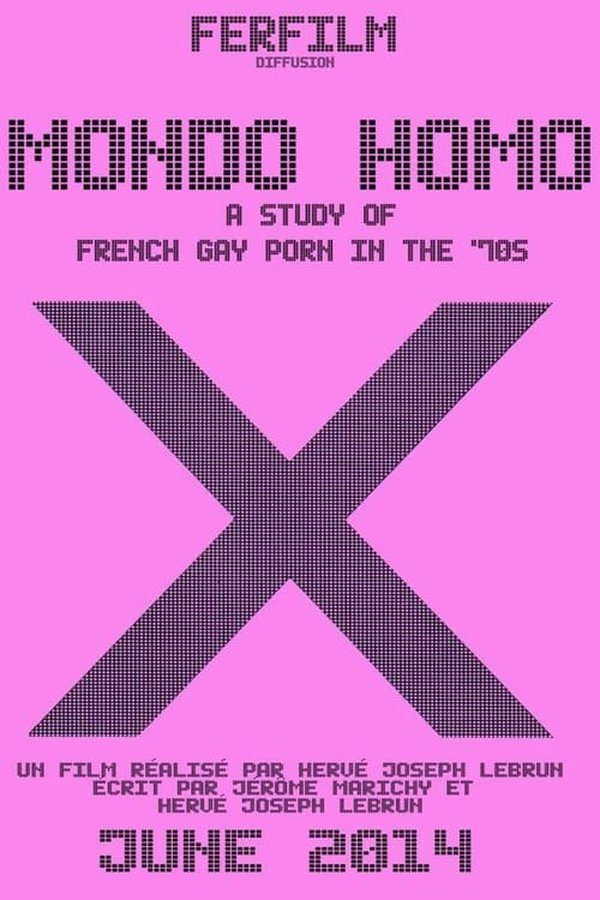