The UFC celebrated its 25th Anniversary at this event, given its first event took place on November 12, 1993. This event also took place in the same city as the inaugural show. A featherweight bout between former UFC Lightweight Champion Frankie Edgar and former UFC Featherweight Championship challenger Chan Sung Jung was expected to serve as the event headliner. However on October 26, it was reported that Edgar pulled out due to injury and was replaced by The Ultimate Fighter: Latin America featherweight winner Yair Rodríguez. A lightweight bout between Beneil Dariush and Chris Gruetzemacher was expected to take place at the event. However on October 19, it was reported Gruetzemacher withdrew from the event due to undisclosed reasons and was replaced by promotional newcomer Thiago Moisés. At the weigh-ins, former UFC Women's Bantamweight Championship challenger Raquel Pennington weighed in at 138 lbs, 2 pounds over the bantamweight non-title fight limit of 136 lbs. 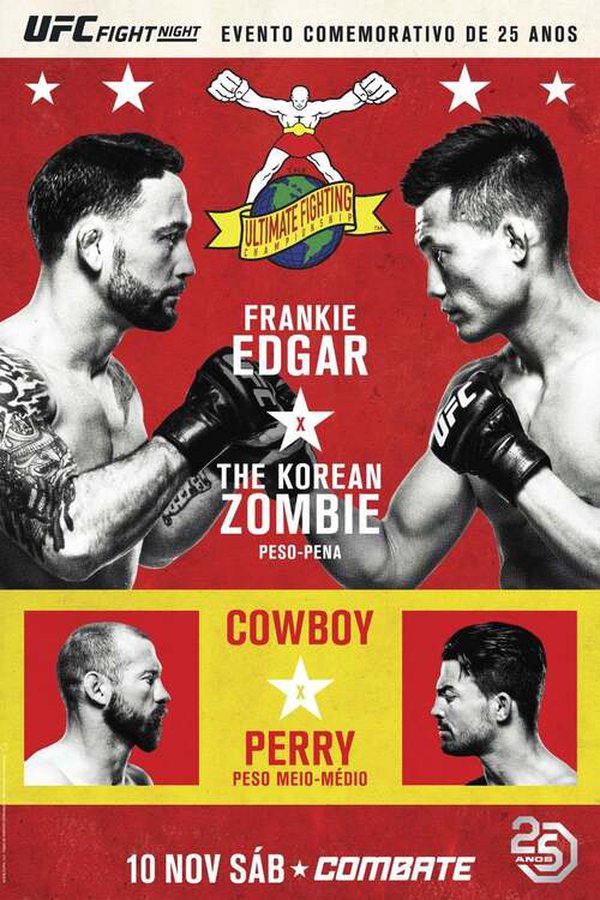