It's an all new adventure for the Bakugan Battle Brawlers when Dan's family moves to Bayview City and Marucho's Bakugan Interspace becomes fully operational to everyone, allowing kids all over the world to log on and display their battling skills. Dan heads to a cafe in town where Julie works to meet with his new friend Jake, a young brawler who is new to the game. The two make there way to Bakugan Interspace where they meet up with Marucho who gives Jake Subterra Coredem. Dan and Jake immediately want to battle, but discover that all the available arenas are occupied. They eventually meet up with Ren and Shun, who is locked in battle with Shuji. With Shun quickly seizing victory, Ren is scheduled to battle Dan next. As the battle intensifies, Marucho is forced to shut down Bakugan Interspace and Dan is knocked out cold. Before coming to, Dan has a vision of Bakugan at war each other, something which everyone, except Ren, brushes off as a hallucination. 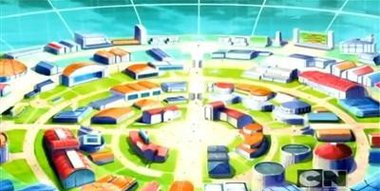