In an homage to the “Bronies” subculture, Tina attends her first Equestra-con, a convention based on her favorite animated pony show, “The Equestranauts.” To her surprise, she finds that the show’s fans are middle-aged men (called “Equesticles”). When a powerful super-fan tricks Tina out of her rare toy pony, it’s up to Bob to go undercover to get it back. 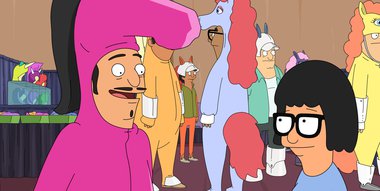