The Pokémon School is thrilled to have a surprise visit from one of its most accomplished graduates, Ilima! Ash and Lillie are amazed to hear the many legends about Ilima’s adventures as a Trainer, and they’re determined to see if those legends are true. Team Skull is also interested in Ilima, but Tupp’s interest lies in settling an old score between them. He challenges Ilima to a battle, backed by a huge Team Skull crew! After Ilima and Eevee prove their battling skills by defeating the hapless group, Ash really wants to battle them, too—but that will have to wait for another time, as the journey continues!

Next episode
S18E66 - Smashing with Sketch! 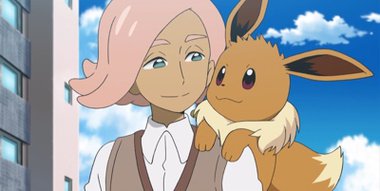