What the Witch Had Always Wanted

Defeat the Demon King and end the holy war. In the shadow, the Escanor was scattered. In the midst of the peace that came, a new turmoil creeps into Britannia. "When the balance between light and darkness is lost, the age of the gods is over and the chaos revives. And the world will be reborn. "... Merlin will show the reason why he fought together in the face of the" seven deadly sins "that believe in each happiness. The teleportation took me to the "Magic Lake," the land of battle with the Demon King. Merlin begins chanting magic, saying, "Awaken Arthur as King of Chaos." What is Merlin's past and purpose revealed now? 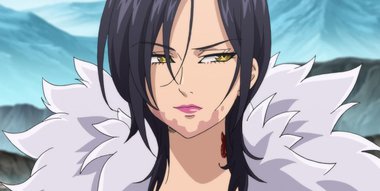