A Taste of Chaos

A secret feeling for Meliodas, and a resurgence of chaos to satisfy the hunger of the heart ... Merlin's aim revealed. In addition, the magical lake "Chaotic Priestess" begins to support Merlin's actions. The Seven Deadly Sins raise suspicions that she was plotting themselves. Meanwhile, the awakened chaos resonates with Arthur and decides to coexist, and Merlin tells that Arthur has been recognized as the "King of Chaos." At that time, Cass, who was always by his side, became a strange person and attacked Arthur ...!?

Next episode
S04E23 - An Everlasting Kingdom 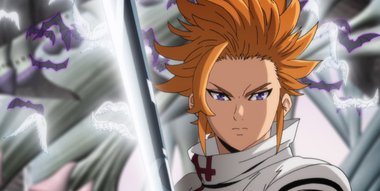