Originally titled Nous Sommes Tout des Assassins, We Are All Murderers was directed by Andre Cayette, a former lawyer who detested France's execution system. Charles Spaak's screenplay makes no attempt to launder the four principal characters (Marcel Mouloudji, Raymond Pellegrin, Antoinine Balpetre, Julien Verdeir): never mind the motivations, these are all hardened murderers. Still, the film condemns the sadistic ritual through which these four men are brought to the guillotine. In France, the policy is to never tell the condemned man when the execution will occur--and then to show up without warning and drag the victim kicking and screaming to his doom, without any opportunity to make peace with himself or his Maker. By the end of this harrowing film, the audience feels as dehumanized as the four "protagonists." We Are All Murderers was roundly roasted by the French law enforcement establishment, but it won a special jury prize at the 1952 Cannes Film Festival. 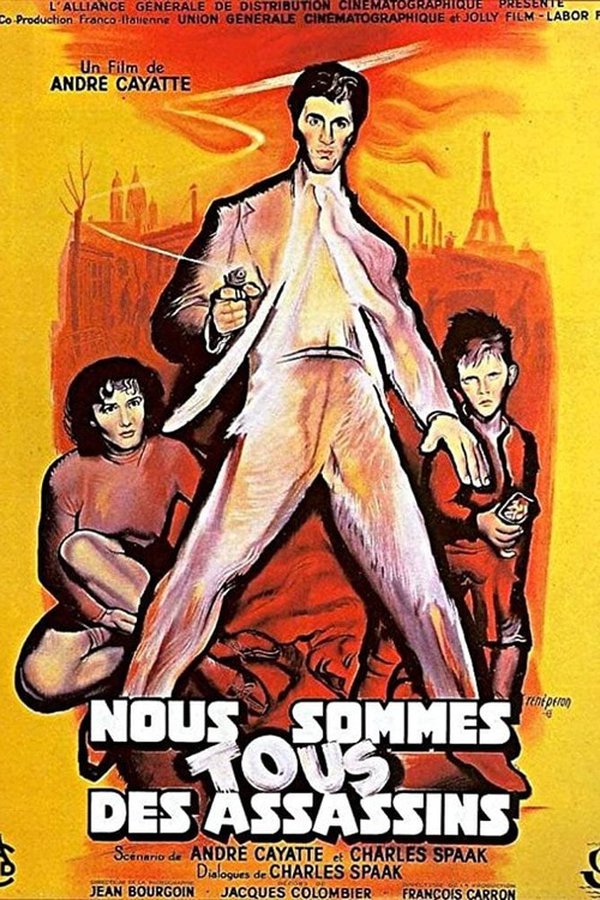