Kyuketsu Onsen e Yokoso (吸血温泉へようこそ kyuuketsu onsen e youkoso, translated as Welcome to the blood-sucking hot spring) alternatively known as Kyuketsu Onsen ni Yokoso (吸血温泉にようこそ kyuuketsu onsen ni youkoso) is a Japanese direct-to-video horror-erotic film released in 1997 by the Japanese studio known as Museum. It is based in an original story by Go Nagai. A little after the release of the film, a manga version was also released in the magazine Comic Bazooka by Tatsumishuppan, from May 1997 to August 1997, and later released in a single tankōbon in 1997-10-25 by Mediax in the line MD Comics. The manga was later published in the compilation tankōbon Kireta Ito: Nagai Go Jisen Sakuhin shu published by Kadokawa Shoten in 2001. The film features famous Japanese celebrity Aya Sugimoto in the role of the landlady of the onsen and the main vampire woman, ex-idol singer Yuka Onishi of Sukeban Deka III fame, and AV idol Ryo Hitomi. 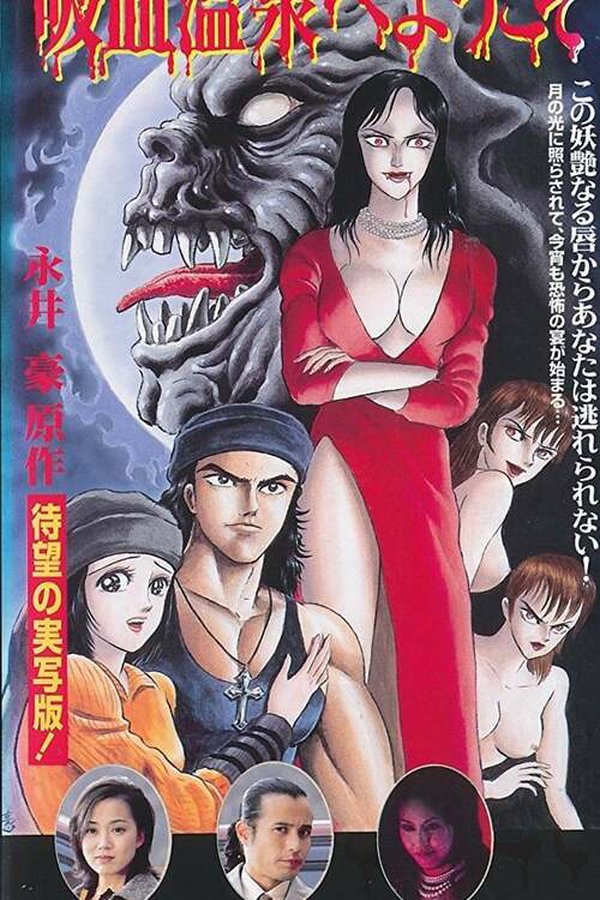