A Brand New Seven -- Doing Their Number! They put their lives on the line and let it ride!

Marshal Chris Adams turns down a friend's request to help stop the depredations of a gang of Mexican bandits. When his wife is killed by bank robbers and his friend is killed capturing the last thief, Chris feels obligated to take up his friend's cause and recruits a writer and five prisoners to destroy the desperadoes.The last in the original series of four "Magnificent Seven" movies. 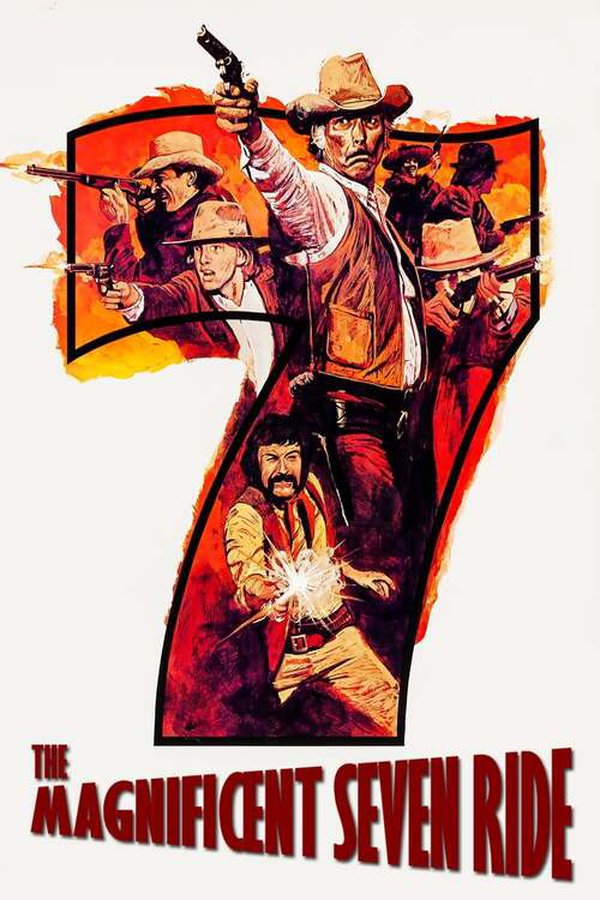