Gunbuster vs Diebuster: Aim for the Top! The GATTAI!! Movie
1 October 2006

This double feature comprises of "Gunbuster" and "Diebuster" (aka "Gunbuster 2") condensed into a single theatrical release told in two parts with a musical intermission in between. The 95-minute "Aim for the Top! Gunbuster" movie is a compilation of the original 6-episode Gunbuster OVA, where man first meets the insect aliens and builds fighting robots and huge battleships to combat them. Takaya Noriko and Amano Kazumi lead the fight, doing massive damage to the insect's world. The 100-minute "Aim for the Top 2! Diebuster" movie completes the series, with country girl Nono leading the "Topless" fighters to protect Earth from the invading insects. 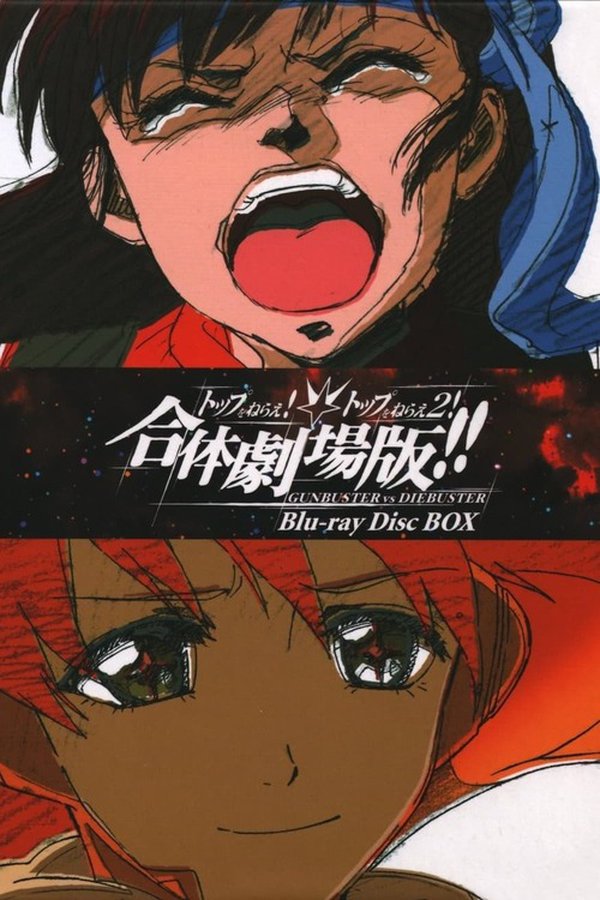