The comedy event of the century, In glorious 70mm!

A group of strangers come across a man dying after a car crash who proceeds to tell them about the $350,000 he buried in California. What follows is the madcap adventures of those strangers as each attempts to claim the prize for himself. 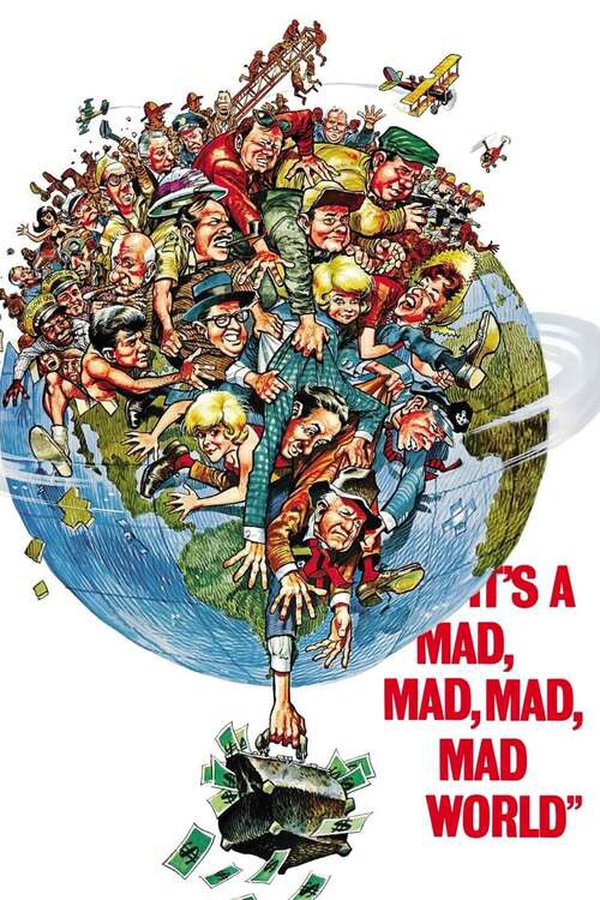