Panic in the Streets

THE SCREEN'S GREATEST EXCITEMENT OF THE YEAR!

One night in the New Orleans slums, vicious hoodlum Blackie and his friends kill an illegal immigrant who won too much in a card game. The next morning, Dr. Clint Reed of the Public Health Service confirms the dead man had pneumonic plague. To prevent a catastrophic epidemic, Clint must find and inoculate the killers and their associates, with the reluctant aid of police captain Tom Warren, despite official skepticism, and in total secrecy, lest panic empties the city. Can a doctor turn detective? He has 48 hours to try. 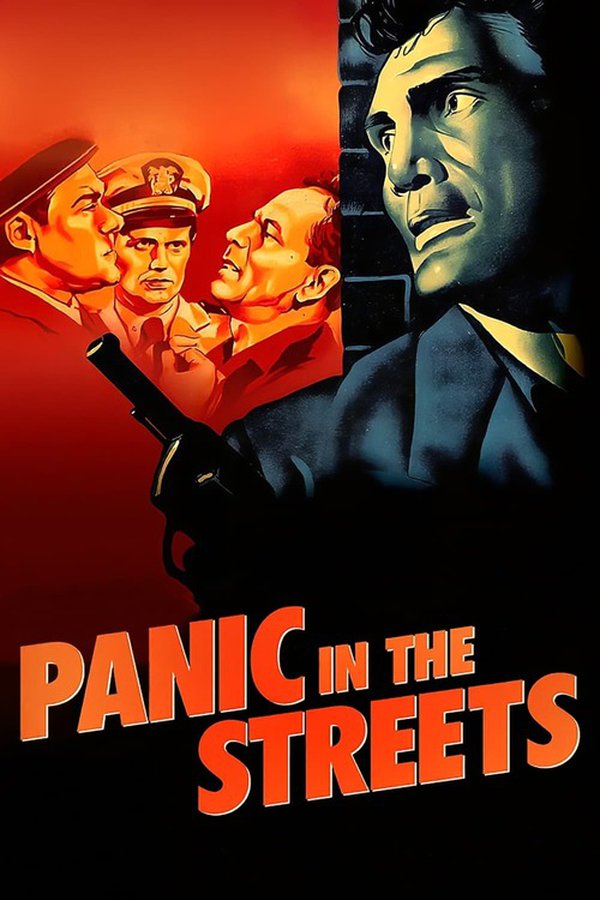