Evil Weed is a 2009 horror film written and directed by David Wexler. The film was picked up for digital distribution by Film Buff (Cinetic Rights Management) in 2010.Emily and her sister Danielle play host to friends at their parents' country house in the Hamptons. The weekend is poised for success. Murph, Emily's boyfriend, has chosen this occasion to propose, their respective best friends seem to be hitting it off, and Danielle's alienated boyfriend scores in the clutch by supplying the drugs. But when his bag of unicorn weed livens up the party, some of the group begin to suffer from a weird reaction. Inexplicable violence abruptly brings down their high 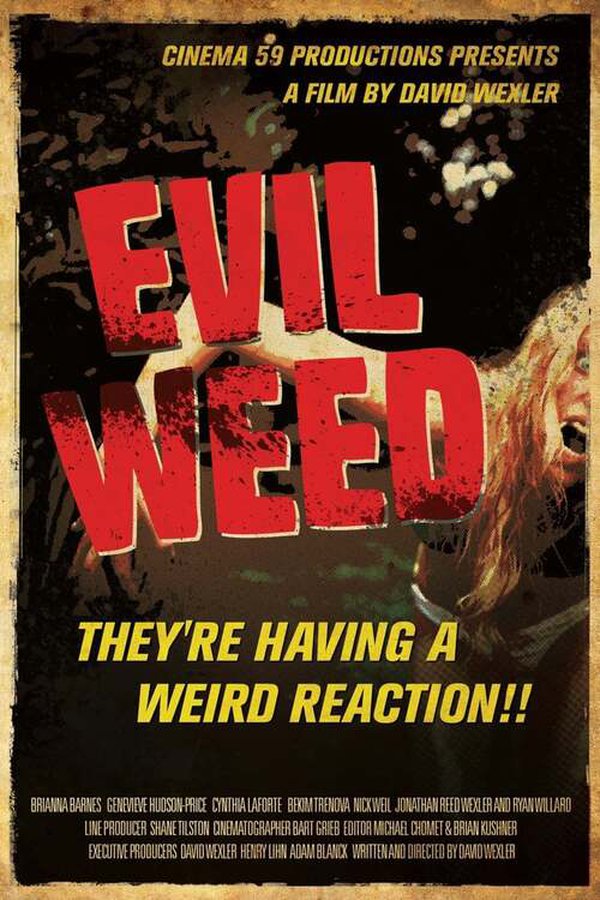