I will not forgive Gamera

With the Gyaos re-emerging, Gamera's ties to humanity have been severed with his bond to Asagi broken. Nagamine and Asagi investigate while an orphaned girl named Ayana discovers a new creature she names Iris. Nagamine and Asagi must reach Ayana before she takes her revenge on Gamera, who she blames for the death of her family. 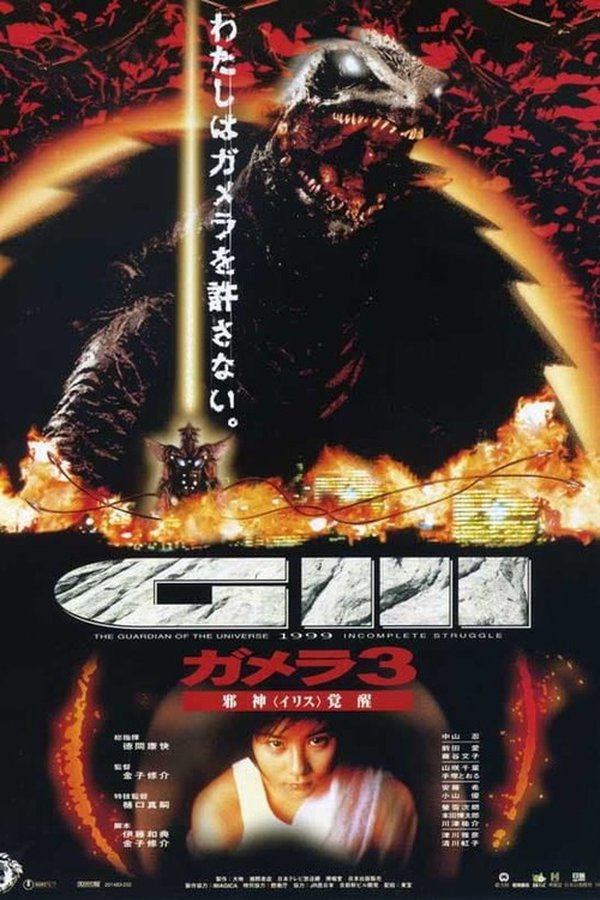