Will the Earth be reduced to space dust? A giant battle unfolds on the other side of the moon!

In 1965, the space station JSS-3 is destroyed by a fleet of UFOs, which then begin a global siege on Earth, using rays to manipulate gravity and control the minds of men. In response, a global council meeting is held to determine the source of the attacks and prepare a rocket ship armada for a counter-attack, a true battle in outer space. . . The film is a sequel of sorts to Toho's THE MYSTERIANS in the reprise of the Etsuko Shiraishi character of that film as its heroine. It was edited to 74 minutes for its American release. 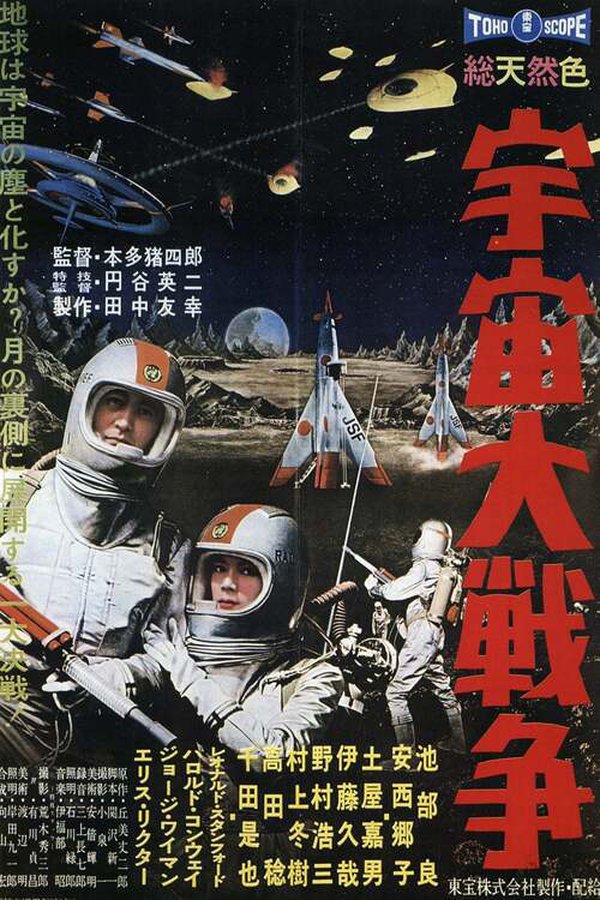