A great duel against a new monster by a parent-child combination!

Reporter Goro Maki stumbles upon scientists conducting weather experiments on Sollgel Island in the South Seas. He discovers the island is inhabited by giant mantids and a woman named Saeko who's been casted way since the death of her father. The pair soon find a helpless infant monster that Godzilla must adopt and learn to raise as one his own. 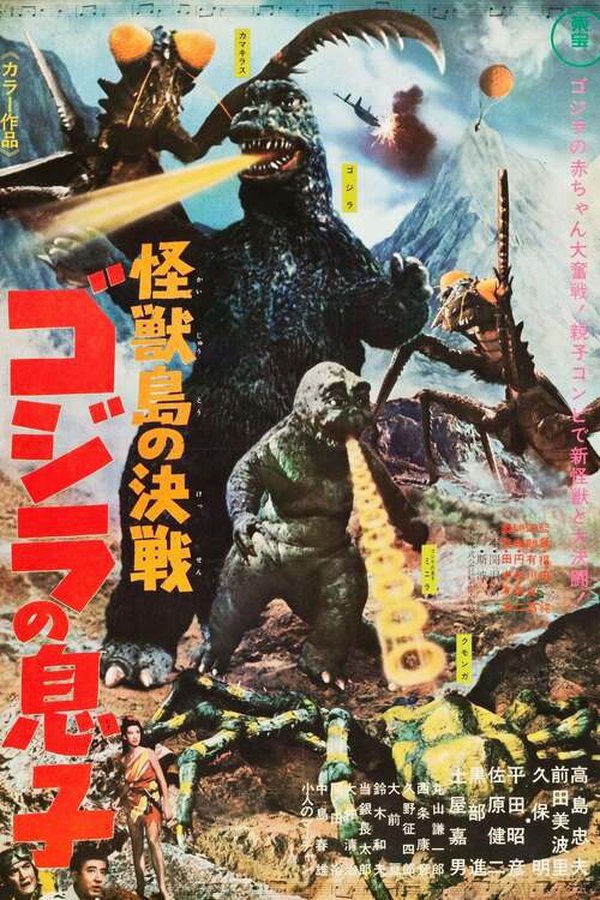