The story is centred around Negi Springfield, a ten-year-old wizard from Wales, who dreams of becoming a Magister Magi like his missing father, a special wizard who uses his powers to help normal people, using covers such as working for NGOs. Initially appointed as an English teacher at Mahora Academy in Japan he becomes a teacher to a middle school class of 31 older girls. However, the peaceful school life is quickly disturbed as people from his father's past appear and Negi has to form contracts with various students to overcome the new dangers. Finally he embarks on a journey to the Magic World together with his partners to find his long-lost father. This film is the climax to their adventures depicted in the Shiroki Tsubasa Ala Alba and Mou Hitotsu no Sekai OVAs. 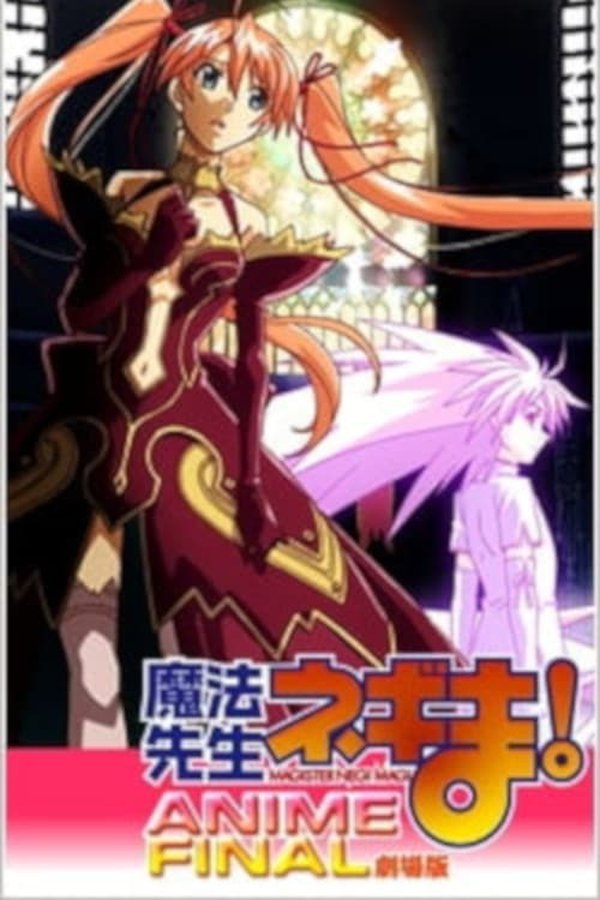