"Smoking" and "No Smoking" are two segments of the film which are based on closely connected plays. The original plays covered eight separate stories, which have been pared down to three each for these movies. At a certain point in the story of each segment, the five female characters (all played by Sabine Azema) and the four male characters (all played by Pierre Arditi) have their lives skillfully recapped in terms of "what might have happened" if they had made or failed to make certain choices. For example, "No Smoking" focuses chiefly on the relationship between the mild-mannered Miles Coombes and his infinitely more aggressive and ambitious wife, Rowena. 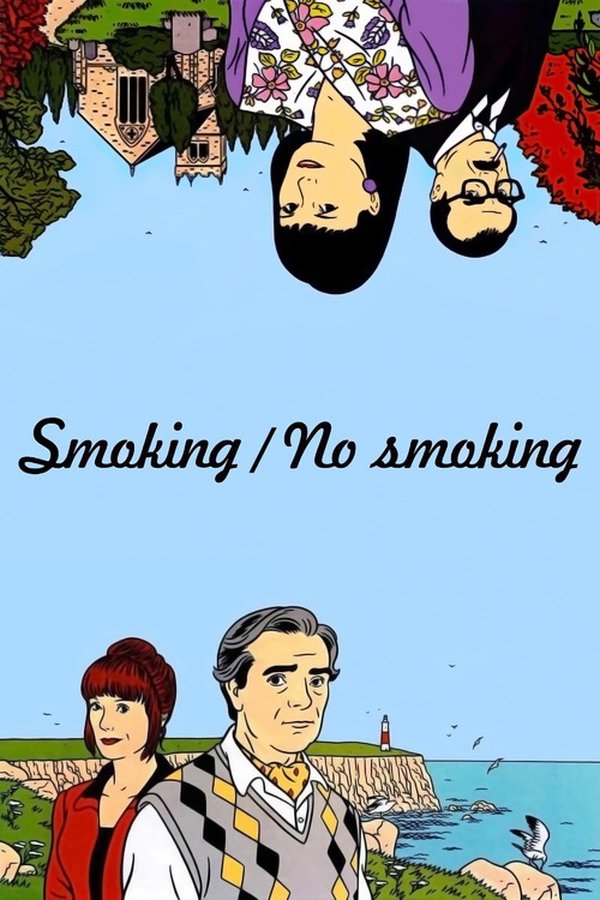