Harley Davidson and the Marlboro Man

When the going gets tough... the tough take the law into their own hands.

It's the lawless future, and renegade biker Harley Davidson and his surly cowboy buddy, Marlboro, learn that a corrupt bank is about to foreclose on their friend's bar to further an expanding empire. Harley and Marlboro decide to help by robbing the crooked bank. But when they accidentally filch a drug shipment, they find themselves on the run from criminal financiers and the mob in this rugged action adventure. 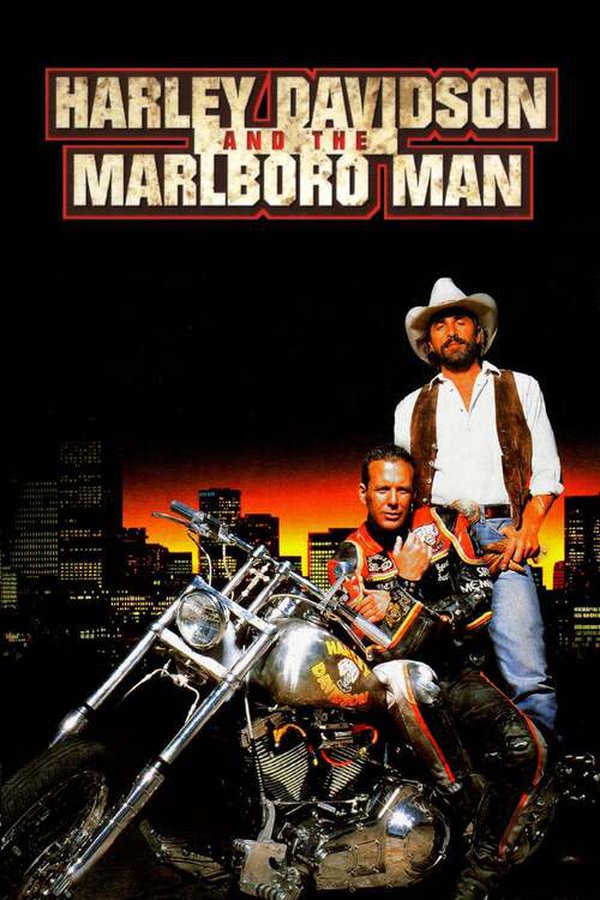