Something from Nothing: The Art of Rap

SOMETHING FROM NOTHING: THE ART OF RAP is a feature length performance documentary about the runaway juggernaut that is Rap music. At the wheel of this unstoppable beast is the film's director and interviewer Ice-T. Taking us on a deeply personal journey Ice-T uncovers how this music of the street has grown to dominate the world. Along the way Ice-T meets a whole spectrum of Hip-Hop talent, from founders, to new faces, to the global superstars like Eminem, Dr Dre, Snoop Dogg and Kanye West. He exposes the roots and history of Rap and then, through meeting many of its most famous protagonists, studies the living mechanism of the music to reveal 'The Art Of Rap'. This extraordinary film features unique performances from the entire cast, without resorting to archive material, to build a fresh and surprising take on the phenomenon that is Rap. 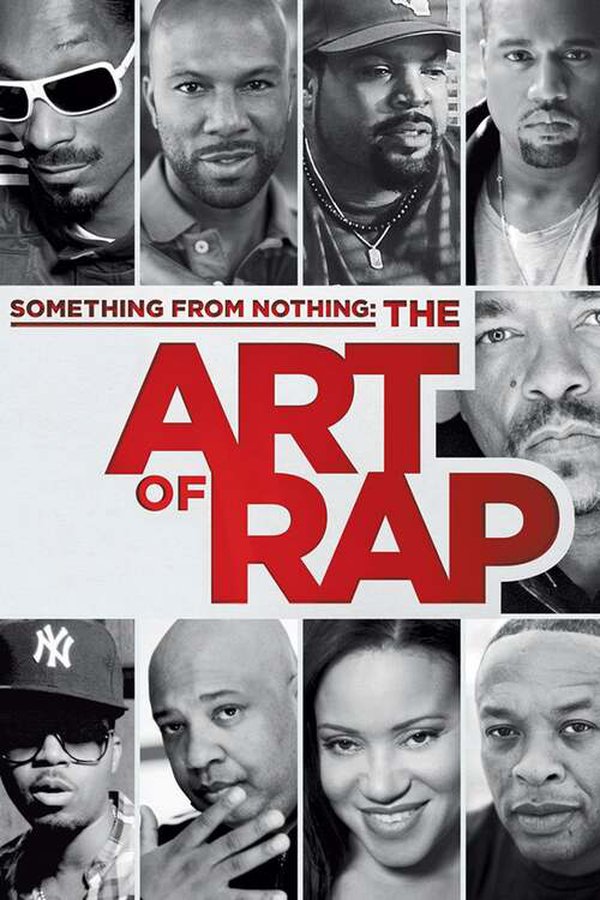 Afrika Bambaataa
Himself
Grandmaster Caz
Himself

Bun B
Himself
Busy Bee
Himself
Kool Boy
Himself

Joe Budden
Himself
Cashout Chris
Himself

KRS-One
Himself
DJ Premier
Himself

Redman
Himself
Royce Da 5'9"
Himself