Leaving her provincial home, teenage Mutsuko arrives in Tokyo by train to take a job in a major automotive company but finds that she is employed by a small auto repair shop owned by Norifumi Suzuki. Suzuki's hair-trigger temper is held somewhat in check by the motherly instincts of his wife, Tomoe, and his young son Ippei immediately bonds with Mutsuko as if she were his older sister. The Suzuki shop lies almost in the shadow of the Tokyo Tower as it rises steadily above the skyline during construction in 1958. 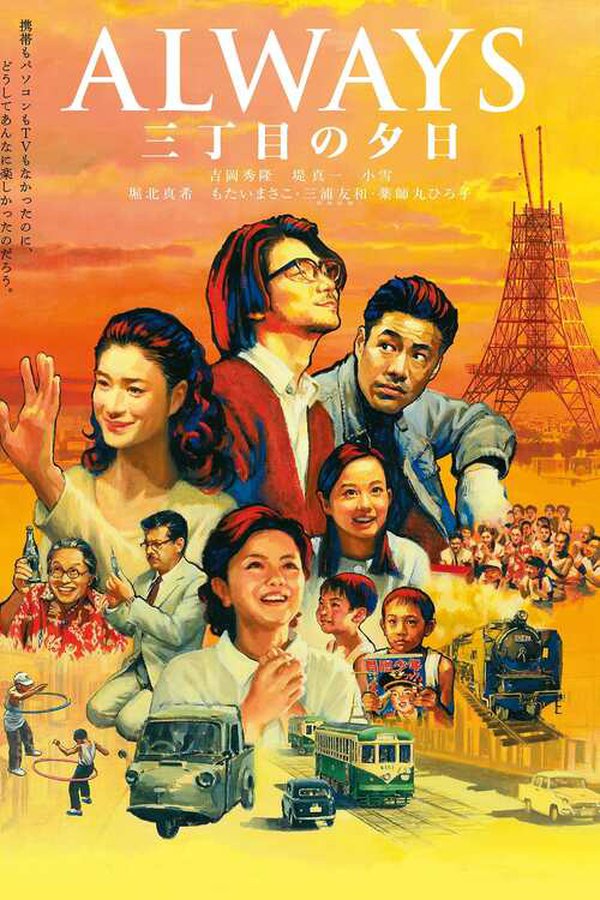