This metafictional 'remix' of our world under surveillance is the first film in seven years from director Tsuchiya Yutaka, who has constantly addressed the plight of Japanese society. A girl who attempts to poison her mother with thallium is portrayed as an innocent observer who reconstructs and transcends our modern-day malaise. Idol Kuramochi Yuka stars, while actors Watanabe Makiko and Furutachi Kanji provide able support and actual body modification artists, biologists, and plastic surgeons also appear Incidentally, a “GFP Bunny” is a rabbit that glows green due to genetic manipulation. 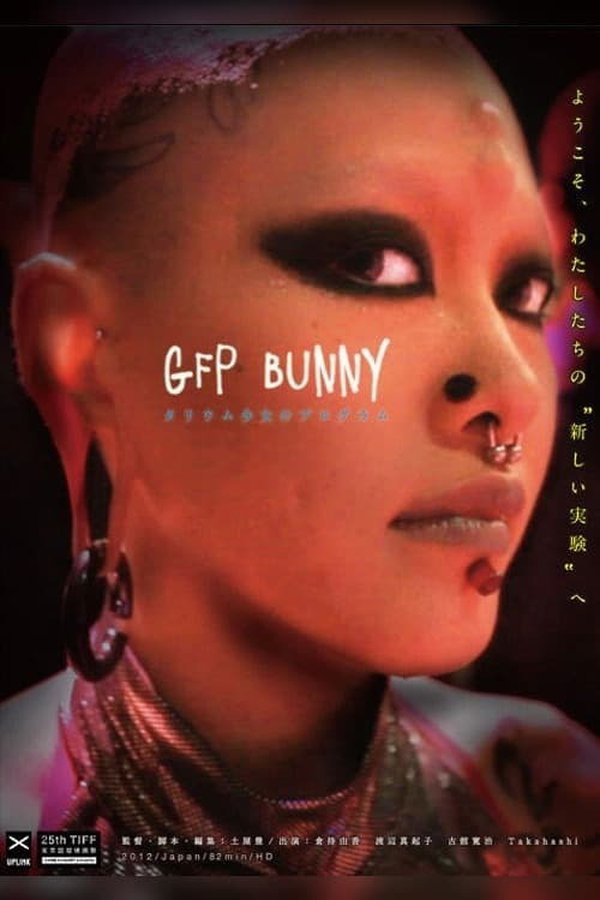