UFC on Fox: Lawler vs. Brown (also known as UFC on Fox 12) was a mixed martial arts event held on July 26, 2014 at SAP Center in San Jose, California. During weigh-ins, both Brown and Lima missed weight for their fights against Lawler and Jędrzejczyk, respectively. They were supposed to be fined 20% of their salary but both fighters weren't fined due to a commission error. Brown weighed in at 172.5 lbs but wasn't allowed by the California State Athletic Commission to weigh in again, while Lima initially came in at 117 lbs and only dropped to 116.5 lbs and she was also denied another try 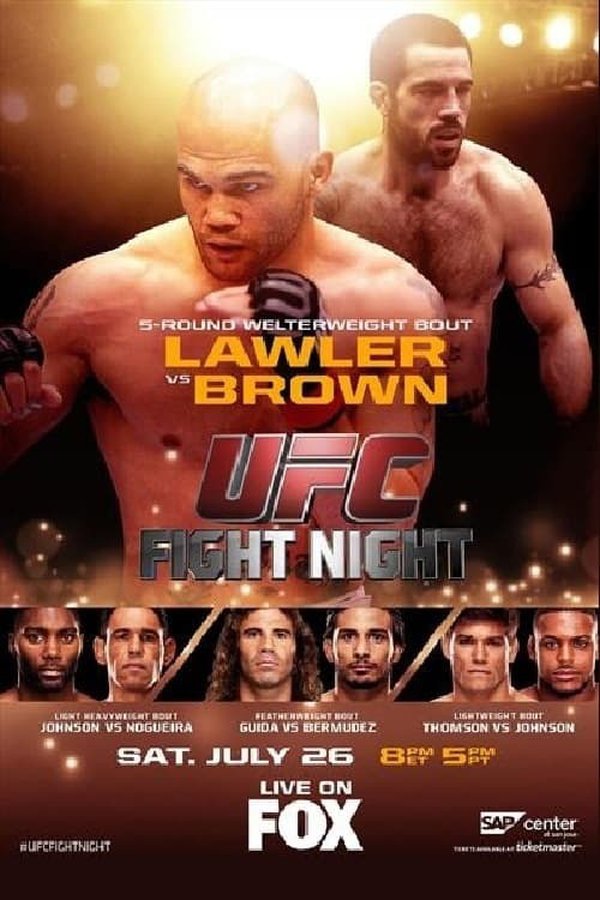 Clay Guida
Himself
Dennis Bermudez
Himself

Bobby Green
Himself
Daron Cruickshank
Himself

Jorge Masvidal
Himself
Patrick Cummins
Himself