The screen's first story of man's conquest of space!

Astronauts blast off to explore the moon on Rocketship X-M or "Rocketship eXploration Moon". A spacecraft malfunction and some fuel miscalculations cause them to end up landing on Mars. On Mars, evidence of a once powerful civilization is found. The scientists determined that an atomic war destroyed most of the Martians. Those that survived reverted to a caveman like existence. 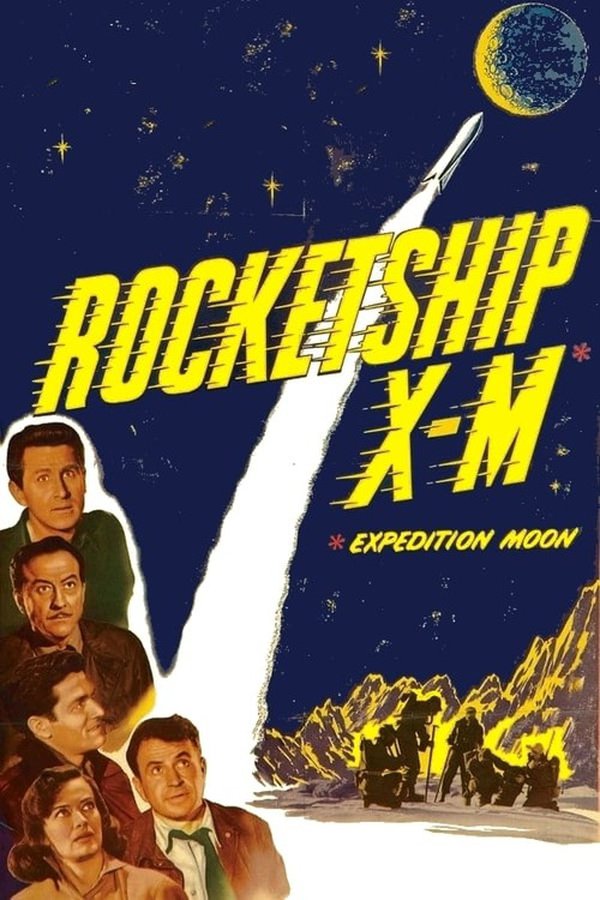