WWE invades the land down under. You better run, you better take cover.

Global Warning is a World Wrestling Entertainment Tour of Australia that took place on August 10, 2002 at Colonial Stadium in Melbourne, Australia. The main event was a Triple Threat match in which The Rock defended the World Heavyweight Championship against Triple H and Brock Lesnar. Other matches include a Bra and panties match between Torrie Wilson and Stacy Keibler, Edge vs Chris Jericho, Kurt Angle vs. Test, Rikishi vs Rico in a Kiss My Ass match, Jamie Noble vs Hurricane Helms for the Cruiserweight Championship, and Lance Storm 7 Christian defending the Tag team Championships against Billy Kidman and Rey Mysterio. 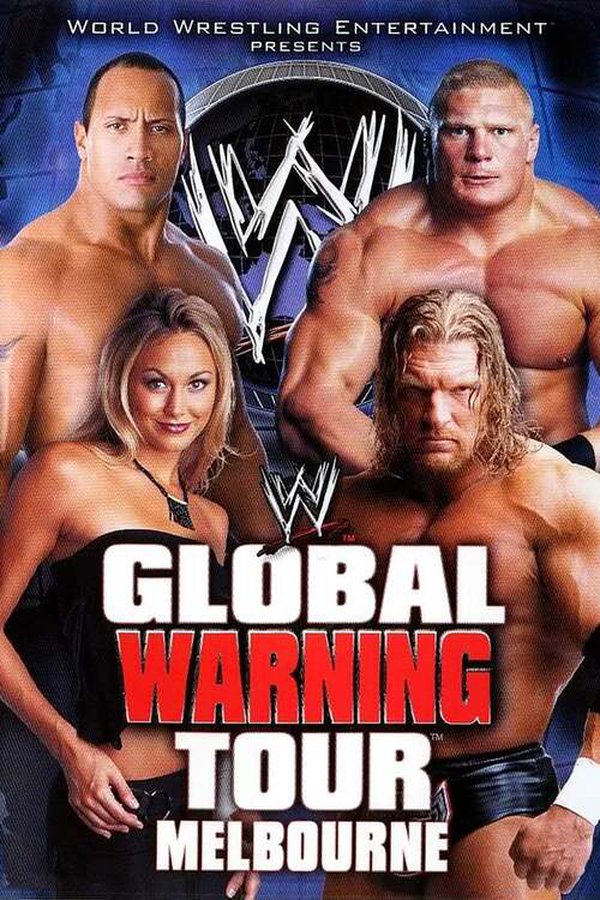