In 2012, Atsuya and his 2 childhood friends do something bad and run into an old general store. They decide to stay there until the morning. Late into the night, Atsuya sees a letter in the mailbox. The letter is addressed to the Namiya General Store and the letter was written by someone to consult about worries. Incredibly, the letter was written 32 years ago. The mailbox is somehow connected to the year 1980. Atsuya and his friends decide to write a reply and place their letter in the mailbox. 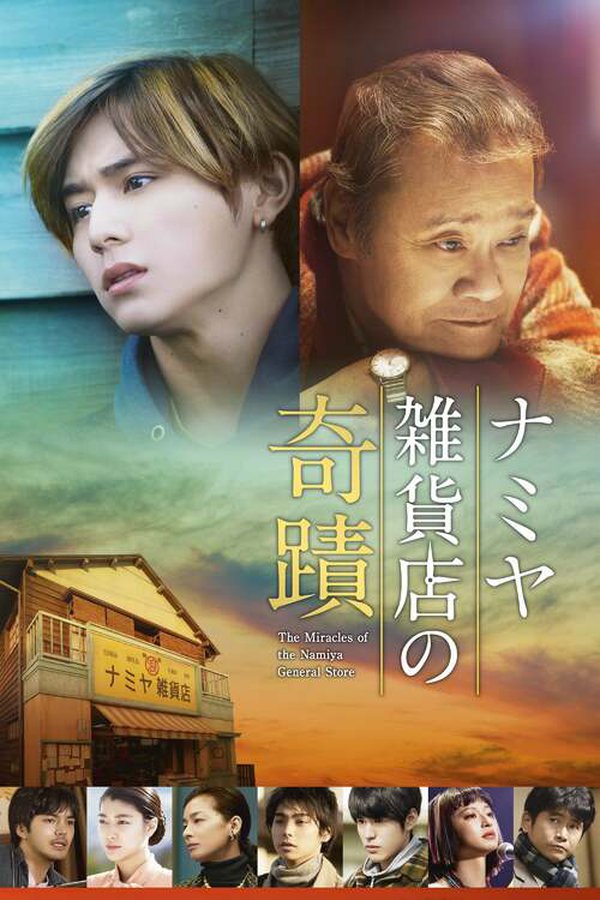 You Nakura
boy A
Motohiro Niina