In the face of terror, their greatest weapon was faith...

French drama based on the 1996 kidnapping and killing of seven monks in Algeria. A group of Trappist monks reside in the monastery of Tibhirine in Algeria, where they live in harmony with the largely muslim population. When a bloody conflict between Algeria's army and Muslim Jihadi insurgents disrupts the peace, they are forced to consider fleeing the monastery and deserting the villagers they have ministered to. In the face of deadly violence the monks wrestle with their faith and their convictions, eventually deciding to stay and help their neighbours keep the army and the insurgents at bay. 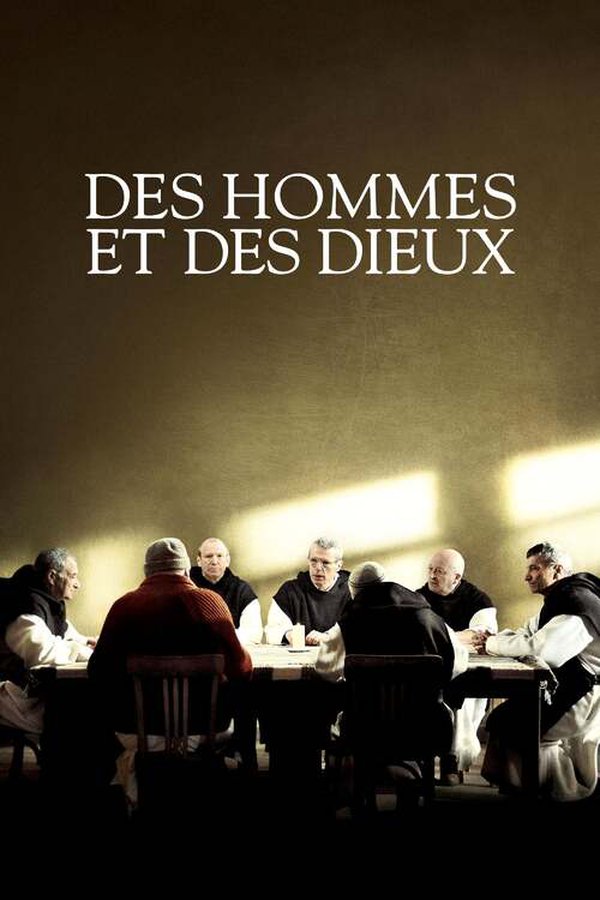