This epic Spanish biopic chronicles the life of Cervantes, Spain's great novelist, playwright and poet, during the 16th-century, when as a young man he goes to Italy to become a soldier for the Pope. Later he helps the Pope's emissary wage war against the Spanish Moors. His exploits win him great favor. He falls in love with a famous Italian courtesan and she with him. Unfortunately, the Pope splits them apart with his newest decree which demands that all prostitutes leave the city. Upset, Cervantes goes to fight in the famed sea battle of Lepanto and comes back a hero. Later he is captured by Barbary pirates and ransomed by Trinitarian friars. 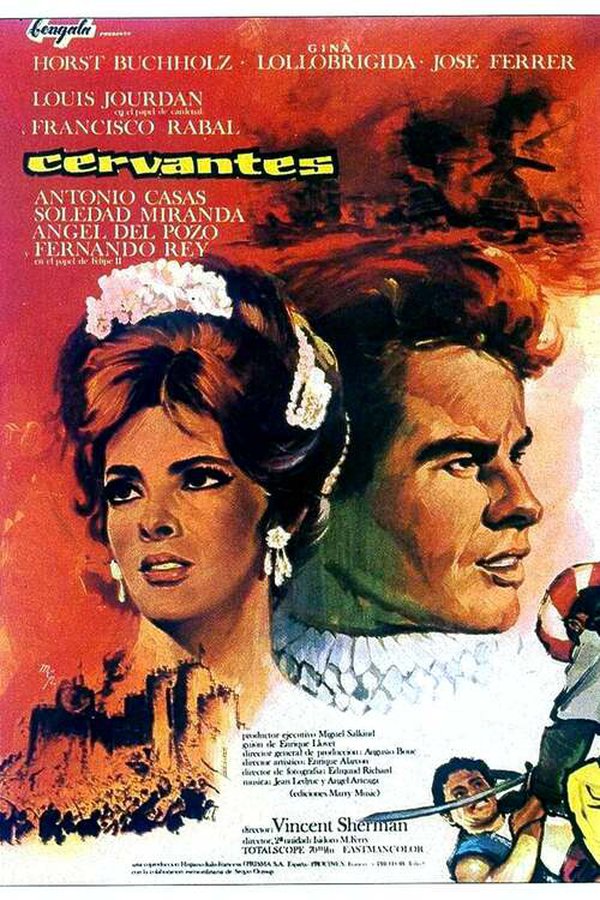