The Warrior Who Founded Rome! The Kidnapping That Founded An Empire!

An Italian adventure film starring Roger Moore as Romulus in the early days of Rome. His city of thieves is populated entirely by men, and so Romulus is convinced to find some ladies. After finding some in Sabinia, he proceeds to take them to his city and engage them to his men. The Sabines declare war and battle ensues. 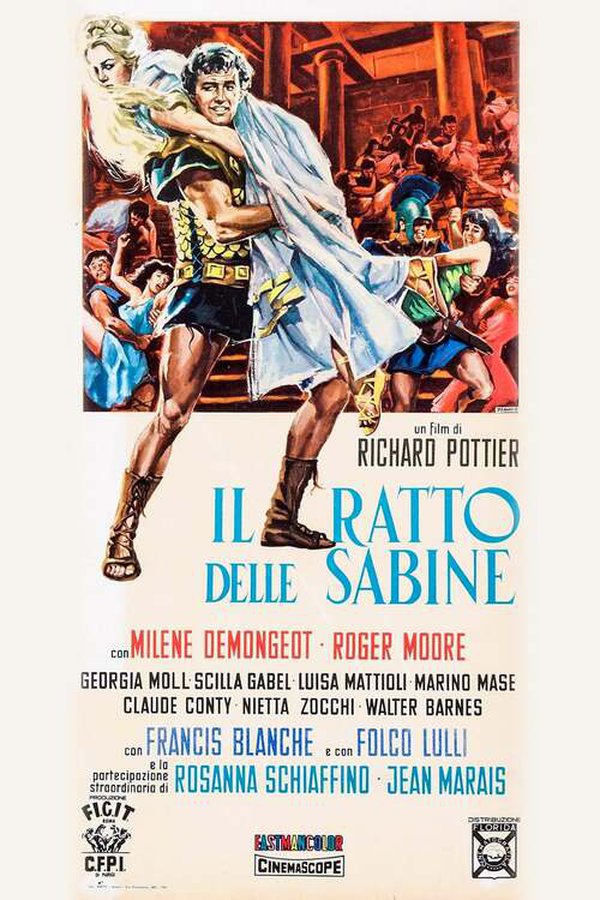