Sartana, bounty hunter and gunfighter, witnesses the robbery of a shipment of gold. He finds his way into town where he meets with a lot of suspicious stares from the locals. He also meets with Samuel Spencer, who seems to own the company in this company town. The gold shipments are being stolen, so Spencer agrees to hire Sartana to protect the next gold shipment. Numerous dull-witted villains make attempts on Sartana's life, but he survives. Eventually, Sartana's nemesis Sabbath (he of the white coat and parasol) rides into town. With a showdown inevitable, Sartana and Sabbath square off to settle the score. 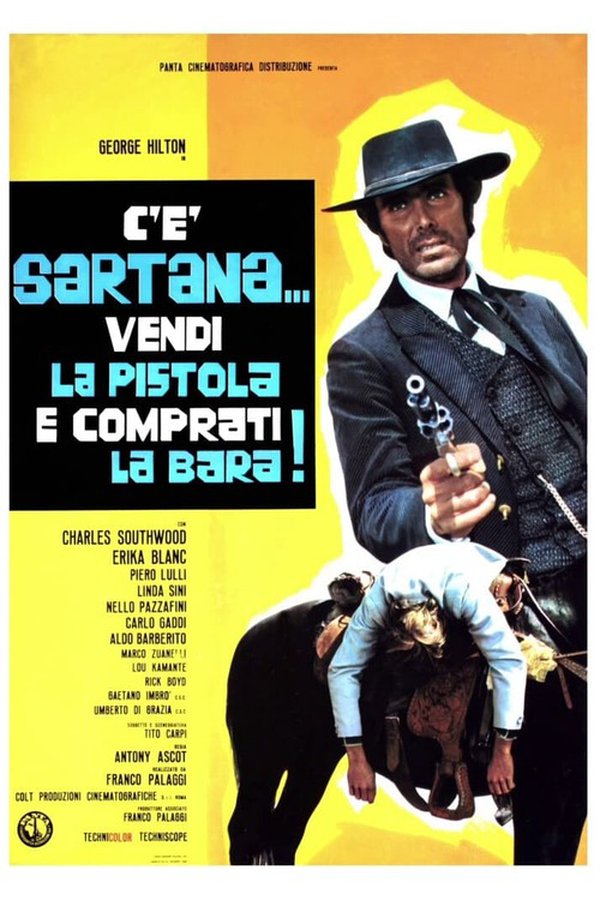