Donald reads in his newspaper that eggs are really going up in value and the price is skyrocketing. Donald realizes that if he had some eggs, he would be quite the wealthy duck so he breaks into a nearby hen-house and collects as many eggs as possible putting them all in a huge basket. Unfortunately, a rooster standing guard makes his presence known and ejects Donald. The inventive duck is able to get back in disguised as a female chicken who the rooster falls for and dances with. Unfortunately, with the rubber glove comb constantly coming loose and a caterpillar falling down the back of his suit, he is ever at the risk of being discovered. 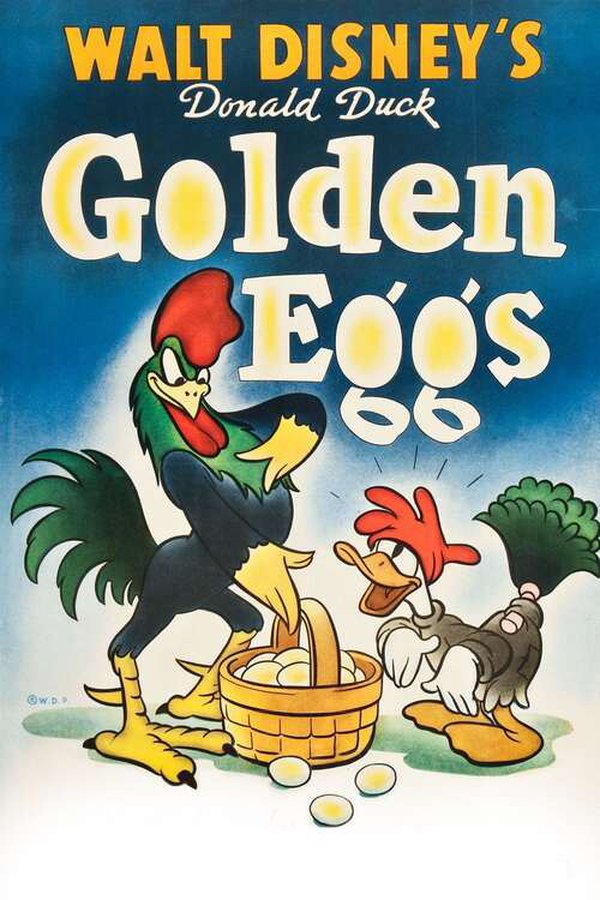