The Curtain Opens on the Ultimate Showtime

The first part is the Kamen Rider Fourze’s place five years after the events of the series. Gentaro is now a teacher at Amanogawa High as well as the Space Kamen Rider Club’s new academic advisor. However, a new school club called the Monster League, comprised by a group of psychic children led by Saburo Kazeta, which is supported by a mysterious man named Kageto Banba. The second part is Kamen Rider Wizard’s portion, where Haruto enters the Underworld of an unknown Gate to investigate the mysterious occurrings of monster appearances. He then runs into a young woman named Yu Kamimura who can become Belle Mask Poitrine and can use magic like him. The third and final part of the film is Movie War Ultimatum. The three Akumaizer from the Underworld to plan to invade the land of the living. Kamen Riders Wizard and Fourze must fight to stop the Akumaizer and their Monster Army. 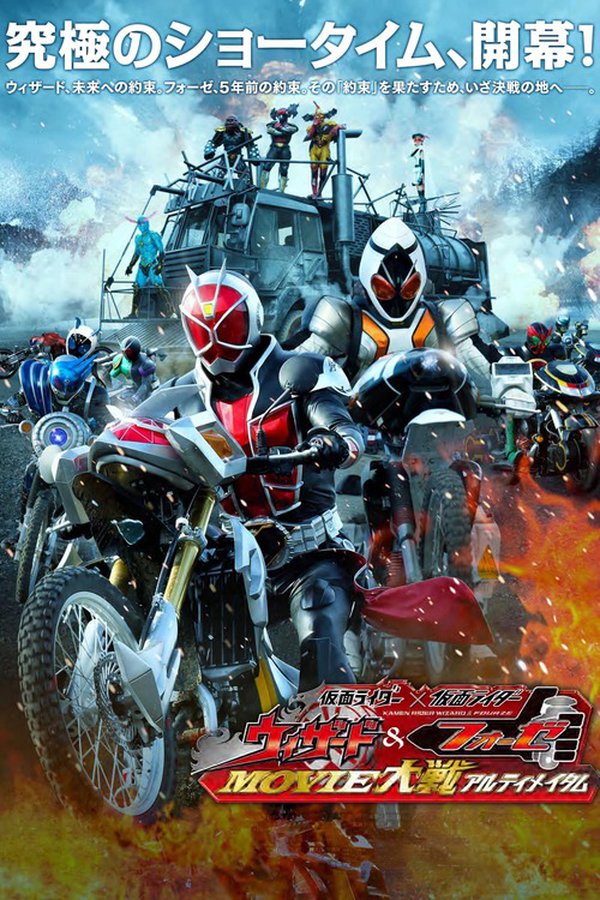