The Daltons have escaped to New York, where their accumulated loot is hidden in the carts of Monsieur Pierre's group of honest, naive European immigrants, who naively bought land in California from Crook, who inserted a clause they must claim it within 80 days. Joe emotionally blackmails Luke to guide them there, hoping to escape on the way. The usual route must shortened from 6 to 2 months, so no danger can be avoided. Given Lucky's reputation, Crook decides to shadow them to add sabotage, just to be sure- or is it? 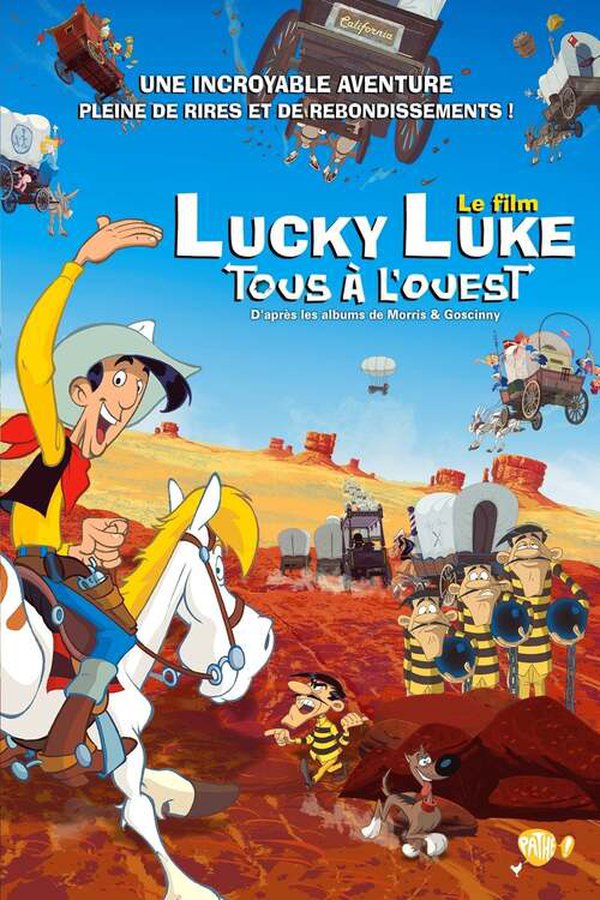