The third film finds Ataru transformed into a pink hippopotamus, which sends Lum chasing after the wicked magician responsible, with catastrophic results. With Lum gone, her friends decide that there is no reason to remain, and so Tomobiki slowly returns to normal. The highlight of the film is a high speed chase scene with an angry Lum flying after the mysterious Ruu through the city at night and into a hall of mirrors (and illusion ). Ataru's true feelings for Lum are probably more obvious in this film than any of the others. 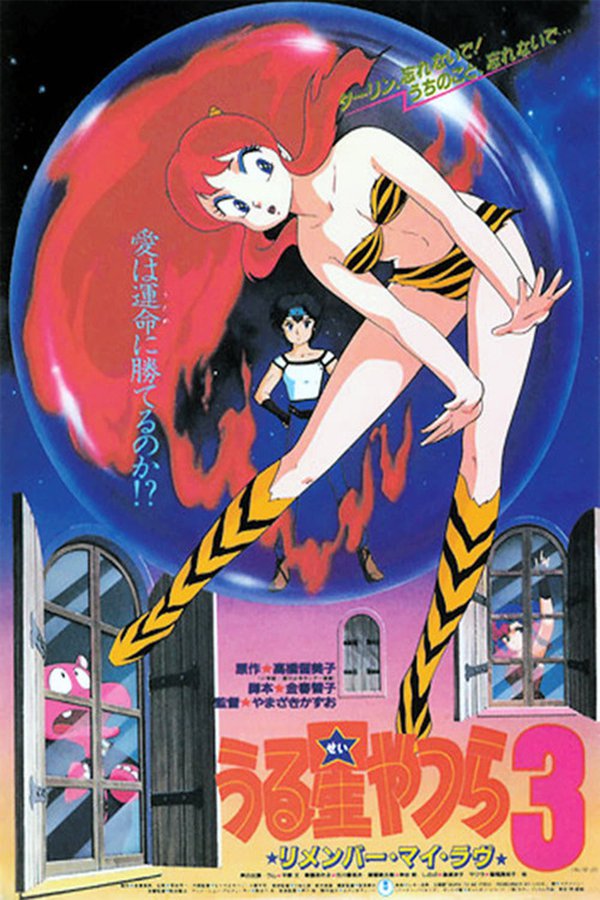