Beastmaster III: The Eye of Braxus

Before he died, Dar's father gave a mysterious amulet to Tal, Dar's younger brother who is now king. Dar, while wandering with his animal companions, chances to meet and rescue a family who seek the help of King Tal against Lord Agon, a sorcerer who has conquered their land. Dar obtains an audience for them with Tal, who rallies his troops to march against Agon in the morning. Alas, the young king is captured by Agon's crimson warriors during the night. It is the amulet -- the Eye of the imprisoned god Braxus -- that Agon really wants. But Dar now carries half of it, and is nowhere to be found. Will he fall into Lord Agon's clutches when he comes to free his brother? 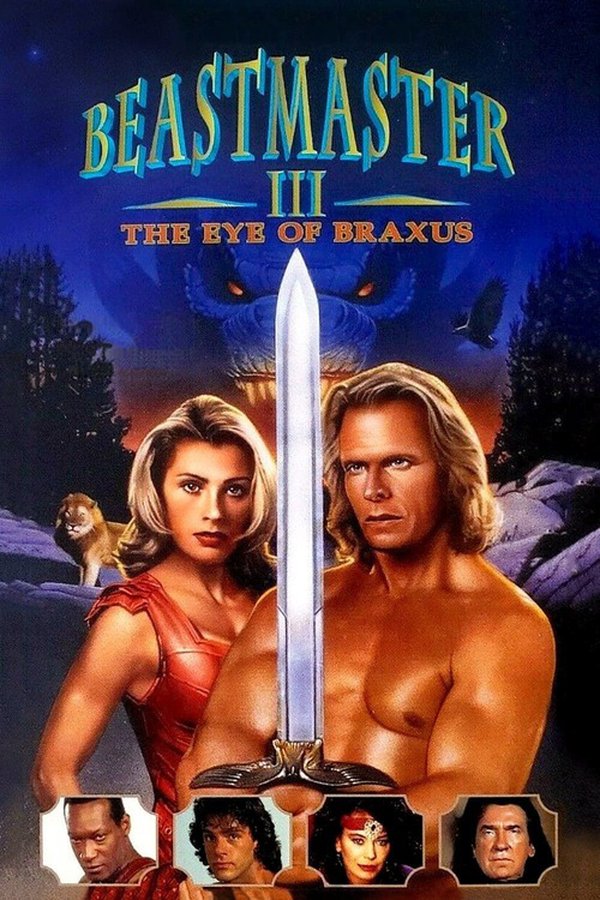