"Bread, Love and Jealousy" (Italian: Pane, Amore e Gelosia), known as "Frisky" in the US, is a 1954 Italian romantic comedy film directed by Luigi Comencini. The relationships between a veteran marshal, his bride-to-be, a rookie and his fiancée are severely tested when the young carabiniere is temporarily sent to a distant town. The film is the second part of the Italian trilogy, preceded by "Bread, Love and Dreams" and followed by "Scandal in Sorrento". It is usually considered one of the most famous examples of Pink neorealism. 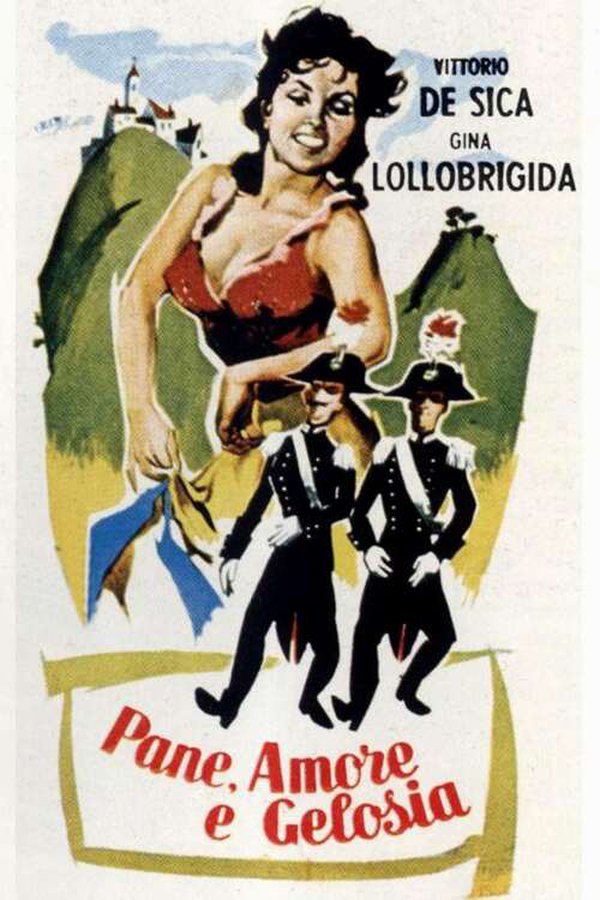