Greystoke: The Legend of Tarzan, Lord of the Apes

A shipping disaster in the 19th Century has stranded a man and woman in the wilds of Africa. The lady is pregnant, and gives birth to a son in their tree house. Soon after, a family of apes stumble across the house and in the ensuing panic, both parents are killed. A female ape takes the tiny boy as a replacement for her own dead infant, and raises him as her son. Twenty years later, Captain Phillippe D'Arnot discovers the man who thinks he is an ape. Evidence in the tree house leads him to believe that he is the direct descendant of the Earl of Greystoke, and thus takes it upon himself to return the man to civilization. 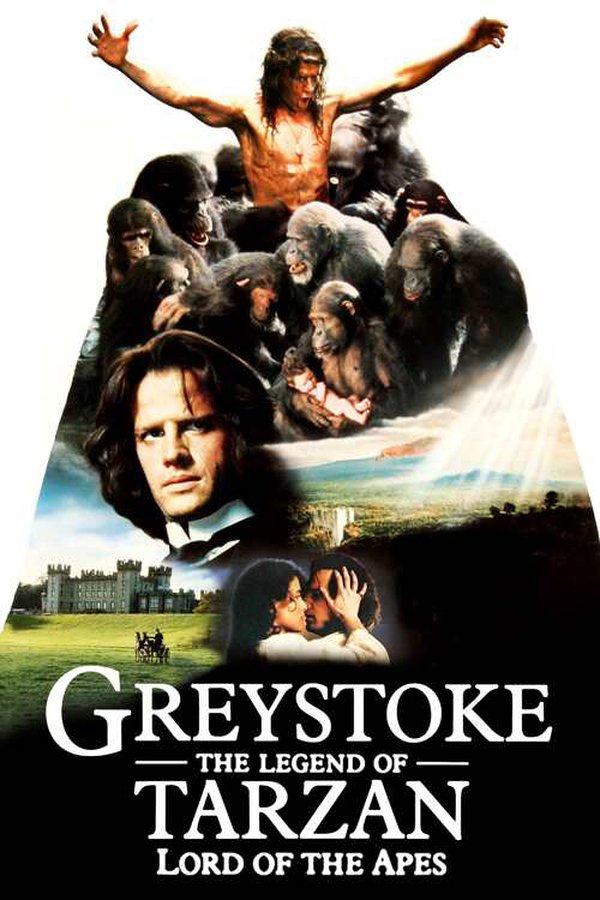