Taking viewers where they have never been before, for the first time, a Law & Order series is told not only from the point-of-view of the prosecutors and police but also from the perspective of the defense attorneys, defendants, judges and jurors. Law & Order: Trial by Jury shows the inner workings of the judicial system, beginning with the arraignment, and continuing through the prosecutors' complicated process of building a case, investigating leads and preparing witnesses for trial. The series stars Bebe Neuwirth (Cheers, Chicago) as Assistant District Attorney, Tracey Kibre and Amy Carlson (NBC's Third Watch) as Assistant District Attorney, Kelly Gaffney. Reprising his Law & Order role will be Fred Dalton Thompson as District Attorney Arthur Branch and the late Jerry Orbach as Lennie Briscoe, a retired police detective working as an Investigator for the District Attorney and Kirk Acevedo (“Band of Brothers”) also stars as Briscoe’s partner, DA Investigator Hector Salazar. 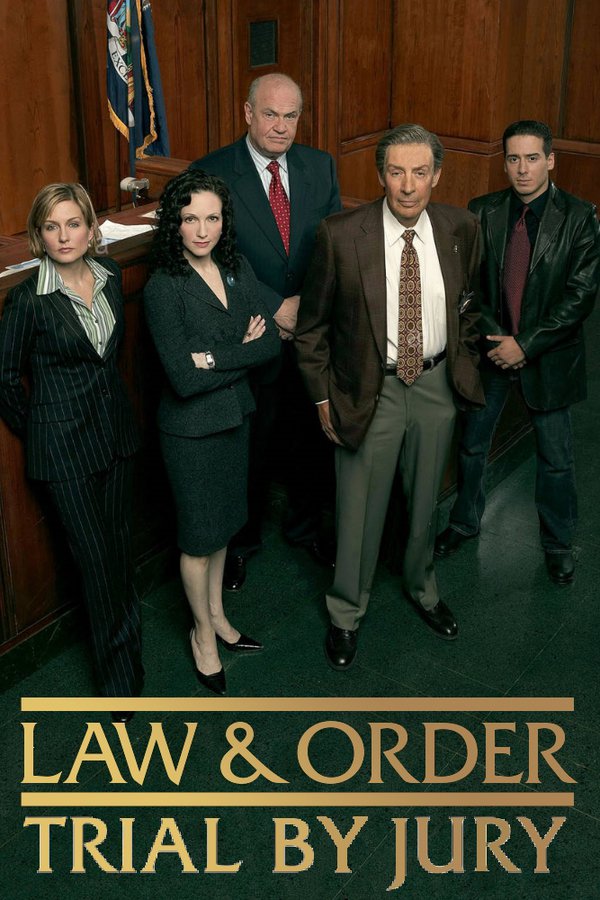