Elizabeth flies to Fashion Week in Milan to face off against the Chinese Foreign Minister over an anti-sweatshop treaty in the aftermath of a tragedy. Also, Daisy struggles with feelings of fear and pessimism over her baby’s future, under the threat of rising nationalism in the wake of the attack on the White House. 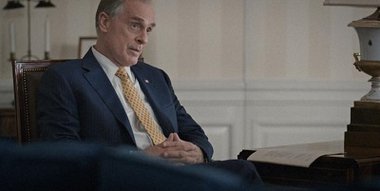