In 1932, the writer Paul Nizan published "The New Watchdogs" to denounce the philosophers and writers of his time who, sheltering behind intellectual neutrality, imposed themselves as true watchdogs of the established order. Today the watchdogs are journalists, editors, and media experts who've openly become market evangelists and guardians of the social order. In a sardonic manner, "The New Watchdogs" denounces this press that, claiming to be independent, objective and pluralist, makes out it is a democratic force of opposition. With forcefulness and precision, the film puts its finger on the increasing danger of information produced by the major industrial groups of the Paris Stock Exchange and perverted into merchandise. 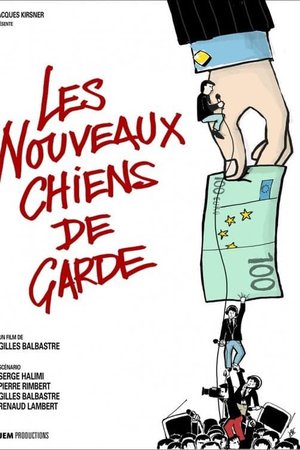