start collected 34 badges thanks to their activities on BetaSeries:

Forever Alone : You watched an episode on Valentine's Day. Better be alone than in bad company. — On 15 February 2018 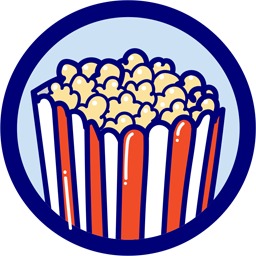 Popcorn Time : You came to a BetaSeries IRL and enjoyed our homemade popcorn, thank you! — On 29 October 2017

Android Addict : You've installed the BetaSeries app on Android. Oreos are so much better than Kit Kat, right? — On 9 October 2017

Fresh Paint : Thanks for submitting an image to illustrate a show. You can do it again! — On 6 February 2014

The Thousand : You've watched more than a thousand episodes, you're such a geek! — On 7 January 2014

Lazy Sod : When you spend your night watching 4 episodes, don't be surprised of what people say of you. — On 7 January 2014

Captain Spock : You're following 5 science fiction shows, watch out for the aliens. — On 28 December 2013

Hyperactive : Your friends updated their profile more than 30 times over the last 24 hours, they're good customers. — On 28 December 2013

Rookie : You've added your tenth show, you're starting to have an interesting profile. — On 28 December 2013

Hermit : You've watched 4 episodes in a few hours. Please do something with your life. — On 27 December 2013

Catching Up : Three episodes of the same show in a row… Looks like we have something to catch up. — On 27 December 2013

Beginner : You watched your first episode. Welcome on BetaSeries! — On 27 December 2013