Eami means ‘forest’ in Ayoreo. It also means ‘world’. The story happens in the Paraguayan Chaco, the territory with the highest deforestation rate in the world. 25,000 hectares of forest are being deforested a month in this territory which would mean an average of 841 hectares a day or 35 hectares per hour. The forest barely lives and this only due to a reserve that the Totobiegosode people achieved in a legal manner. They call Chaidi this place which means ancestral land or the place where we always lived and it is part of the "Ayoreo Totobiegosode Natural and Cultural Heritage". Before this, they had to live through the traumatic situation of leaving the territory behind and surviving a war. It is the story of the Ayoreo Totobiegosode people, told from the point of view of Asoja, a bird-god with the ability to bring an omniscient- temporal gaze, who becomes the narrator of this story developed in a crossing between documentary and fiction. 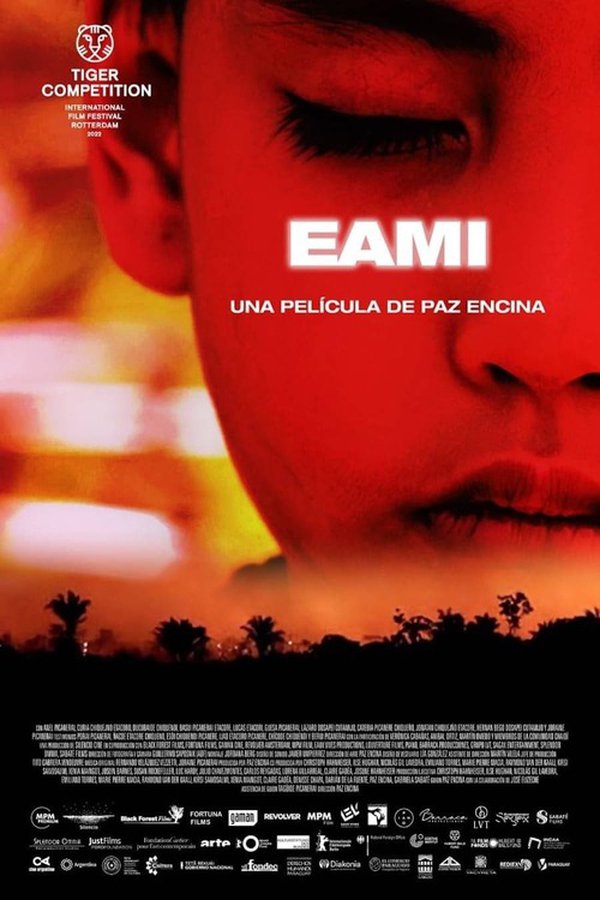