While the whole world is overwhelmed by revolutions of different shades, the leading tandem of the Small Theater - Ivars and Armands is working on a new historical play set in 18th century France called ‘Revolution’. A week before the premiere the favorite of audiences and critics Armands receives a tempting offer to pursue his career at the Grand Theater. Betrayed by his best friend, Ivars gradually loses touch with reality. Themes of the play ‘Revolution’ starts to intertwine with Ivars personal life until he becomes unable to distinguish truth from fiction and that brings the Small Theater closer to an inevitable catastrophe - the act of terrorism at the evening of the premiere. 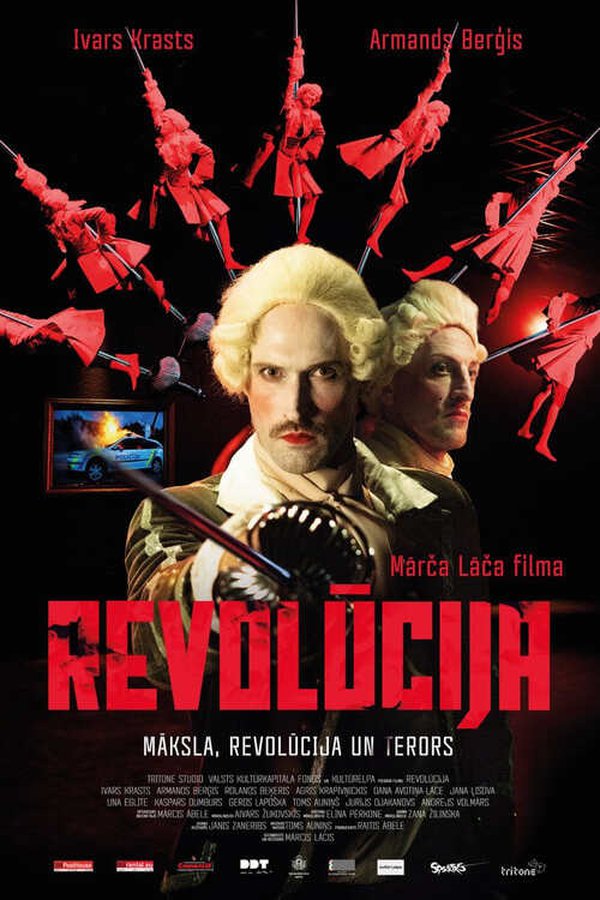