The Tower of Gilgamesh

Six months have passed since the defeat of Druaga, and the tower is renamed by Gilgamesh, who falsely claims all credit for the act. The veteran climbers have moved on with their lives, with Fatina becoming a tour guide, Kelb running a tavern, and Utu becoming a unmasked wrestler. However, Jil is still burdened with the betrayals of Neeba and Kaaya. In an effort to cheer him up, Fatina invites him out to see a play and then to see a wrestling match, only for the pair to run into trouble when a mysterious little girl comes to them after being chased by the Golden Knights, led by Uragon. With Utu's help, Jil and Fatina escape with the girl, who reveals herself to be Ki, the first priestess of Ishtar and queen to Gilgamesh, and demands that Jil take her to the top of the tower, lest Kaaya will suffer a terrible fate. 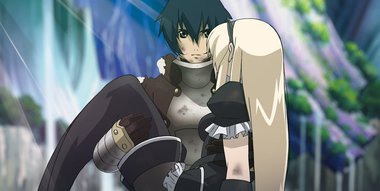