One Touch of Venus

While touring a museum, Rodney Hatch, an unremarkable barber, places an engagement ring intended for his girlfriend on the hand of a statue of Venus, the goddess of love and beauty. From Mount Olympus, Venus witnesses the event and decides to visit Rodney on Earth by magically inhabiting the statue. Hilarity ensues when she starts to fall in love with Rodney and competes with his girlfriend for his attentions. This television version of Kurt Weill's successful Broadway musical is much more faithful to the stage version than the 1948 Ava Gardner film, which changed the story considerably and cut most of the songs. 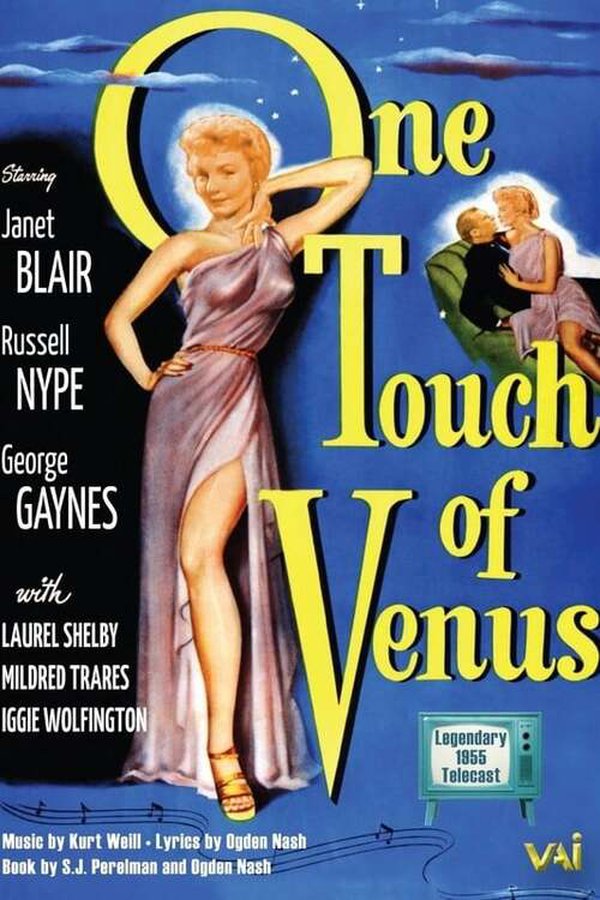