'Teen Kanya' is an anthology film based upon short stories by Rabindranath Tagore, as a tribute on the author's centenary. The title means "Three Daughters", and the film's original Indian release contained three stories, with three central female characters linking the stories together. 'The Postmaster' concerns an orphan girl who grows attached to the postmaster she is caring for after he teaches her to read and write. 'Monihara' is a supernatural tale about a woman obsessed with the jewels her husband buys for her. 'Samapti' follows a young man who falls for an unconventional girl from his new village instead of his arranged bride, the daughter of a respectable family. The international release did not include 'Monihara', and was released as 'Dui Kanya', or "Two Daughters". 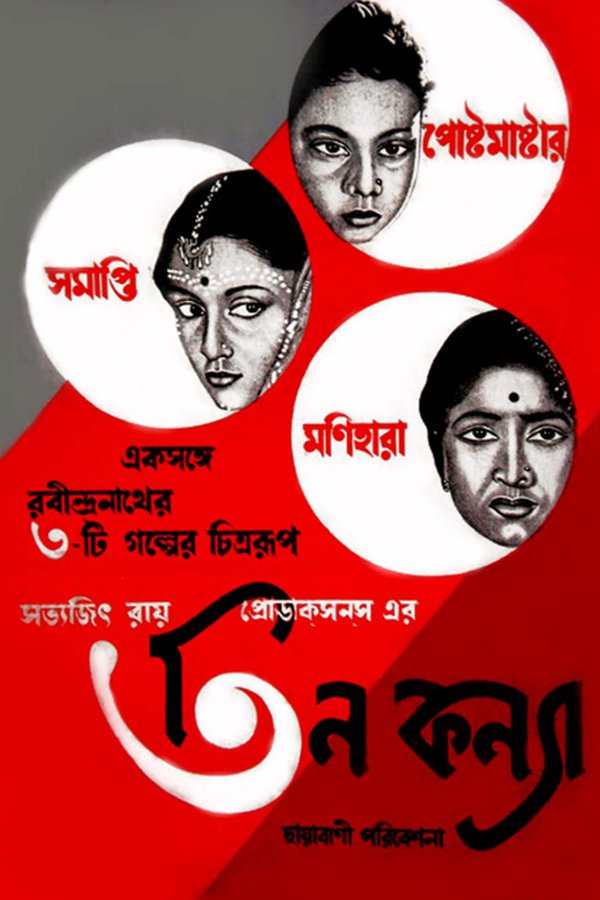