The title of this French-Canadian film translates to In the Belly of the Dragon, but don't assume that it's just another kung fu epic. Rather, the film is a likeable mixture of science fiction and humor, centered around the money-making schemes of star David La Haye. Unable to make ends meet with his minimum-wage job, La Haye hires himself out as a guinea pig to genially loopy scientist Marie Tifo. It is the doctor's contention that a person's intelligence can be artificially increased. La Haye proves her right...up to a point, that is. Extremely popular in Canada, Dans le Ventre du Dragon has yet to receive proper distribution in the States. 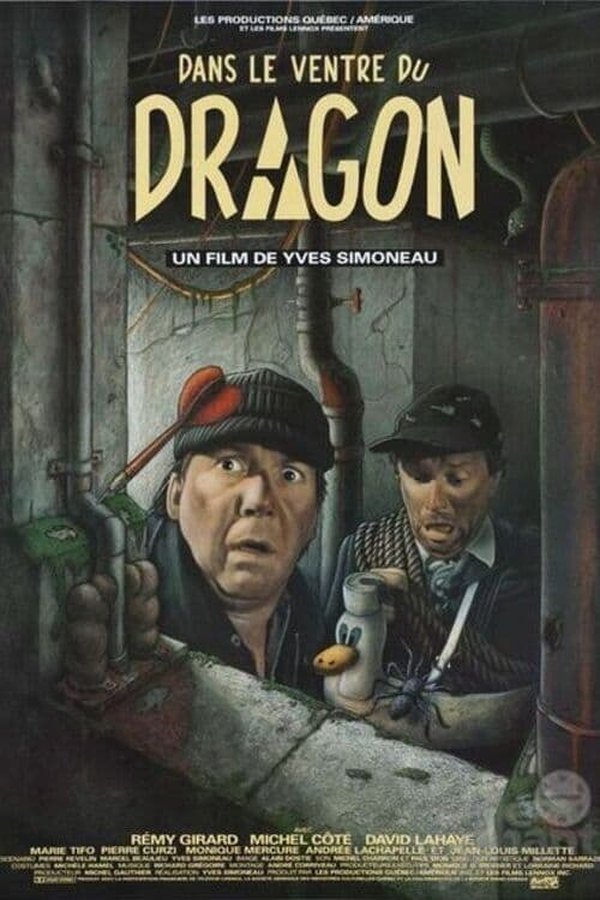