While at the beach Arale Norimaki rescues a shark. In return, the shark invites her and the rest of the Norimaki to their underwater city. Meanwhile, Suppaman intends to follow them and get revenge. While in the city, Arale meets Urashima Tarō, who joins Arale while playing at the amusement park. 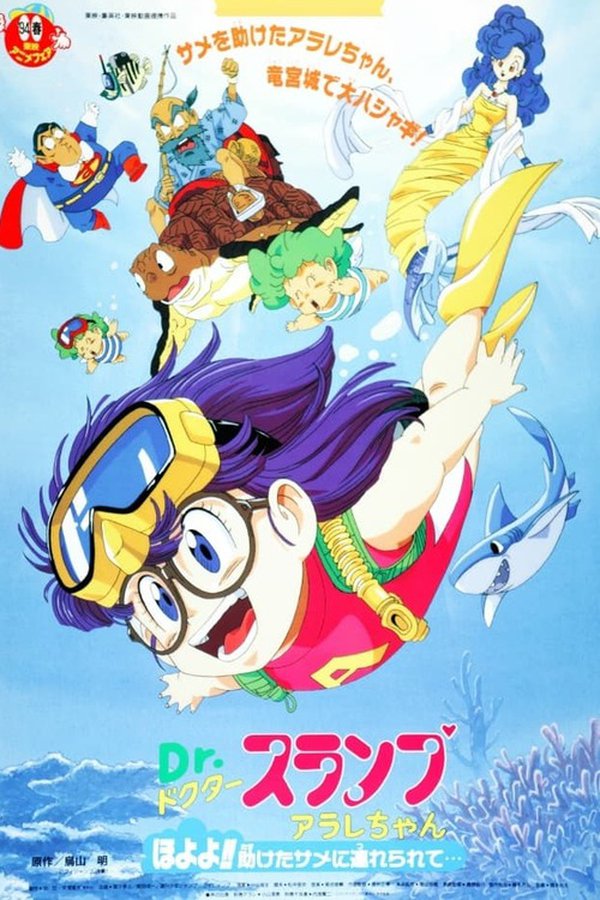